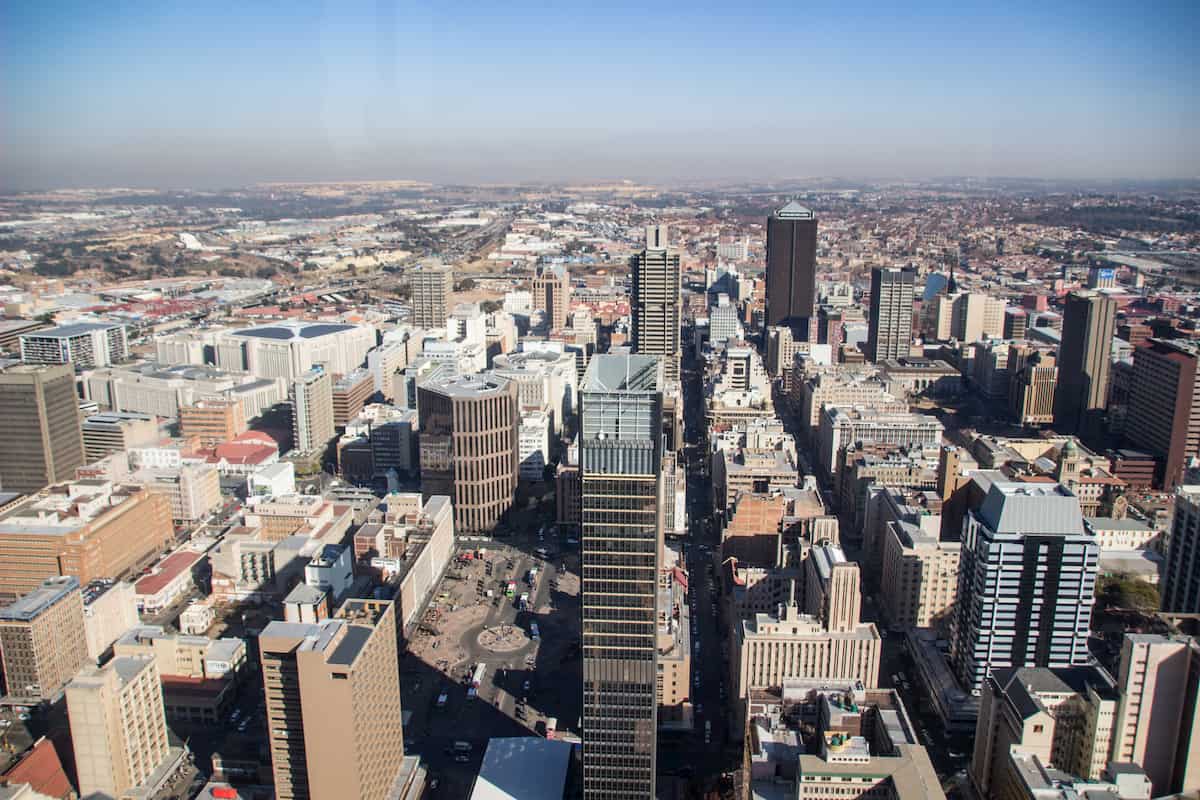 Johannesburg, South Africa: What to do and what not to do during your trip

By Elaine Villatoro  •  2 years ago

Johannesburg, South Africa: What to do and what not to do during your trip

Find out when to visit, where to stay, the best things to do in Johannesburg and much more.

With a population of over 5 million people, Johannesburg is the largest and most important city in South Africa and despite being the country’s economic center, it is not the capital. The city was founded by the British in 1886 and became known as the “city of gold” due to the large amount of gold extracted in the area.

Considered a great option for those who want to learn more about the country’s history, it is in Joburg or Jozi (as it is called by the locals) that is located South Africa’s largest airport, which is also the busiest of the whole continent, and it means that the city is the gateway and main hub for other countries like Mauritius Island, Seychelles, Namibia and Madagascar.

Here you will find out what to do in Johannesburg, how to get there, what is the best time to visit, where to go on safaris, get some ideas of restaurants, where to stay, tips for a safe trip and more.

What you need to know about Johannesburg

Where is Johannesburg located?

Johannesburg is located in the eastern highlands of South Africa and it is at an altitude of 1,753 meters above sea level, characterized by a very dry climate. Although it is not a very touristic city, it is a stopover for flights to Cape Town, Durban and Kruger National Park.

Johannesburg on the map 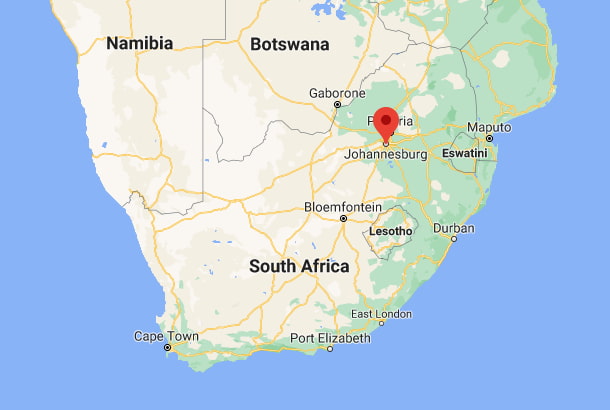 How far is Johannesburg from other cities in South Africa?

Pretoria: this is the country’s executive capital and it is 55 km away. From Johannesburg you can reach it by Gautrain (a high speed train).
Cape Town: these two cities are in opposite directions, at a distance of 1400 km from each other. The best transportation option between them is a 2-hour flight.
Hoedspruit: this is the Kruger region and it is 500 km away, which means an 1 hour flight.
Durban: this is a city on the east coast of South Africa, almost 600km away from Johannesburg.

How to get to Johannesburg?

You can fly to Johannesburg. From Washington DC in the United States for example, it takes about 20 hours when flying with Ethiopian including 1 stop in Adis Abeba.
From London, both British Airways and Virgin Atlantic offer a 11-hour direct flight.

Where is the Johannesburg Airport (JNB) located?

The Oliver Reginald Tambo International Airport or OR Tambo Airport is in Gauteng district, a little more than 13 miles away from the city center. The airport code is JNB.

How to get from OR Tambo Airport to the city center?

To get to the city center, you can use taxis, buses, rental cars or Gautrain, which is a high-speed train with 3 lines and 80 kilometers in length, connecting the airport to Pretoria, the country’s capital, and also to the neighborhoods of Sandton, Rosebank and Marlboro.
The Gautrain also has integration with city buses. 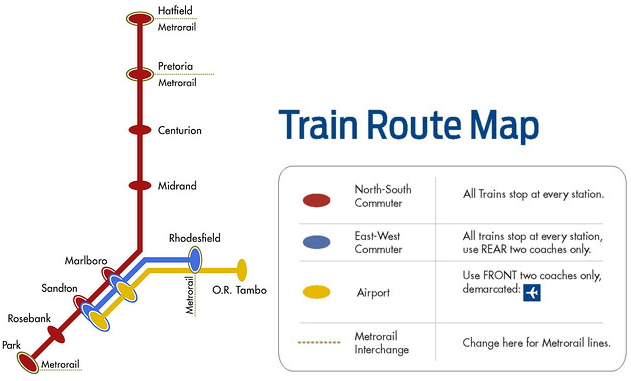 In addition of being a large cosmopolitan city and to be closer to the best safaris, Johannesburg is the perfect place for those seeking to learn about the history of the country and the Apartheid, a period of racial segregation that started in 1948 which ended only in 1991.
On this trip you can also learn more about Nelson Mandela, a symbol of the fight against apartheid, who was arrested during that period and in 1994, was elected president of South Africa.

Is it safe to go to Johannesburg?

From the cities that I have been around the world, this was one of the least safe, so we have some special recommendations:
– Avoid arriving on a night flight: the airport stores close early and everything seems to be empty and deserted;
– Preferably, hire a transfer directly with your accommodation to get you to and from the airport;
– Hire a private guide or tour to get to know the city, it is safer than walking or driving on your own;

LMTM readers have a 15% discount at transfers and tours with Mayibongwe Travels.

When to go to Johannesburg?

The best time to visit Johannesburg is during the winter months, between May and September, as it is drier and more favorable time to go on a safari.
In the summer, the high temperatures and rain showers are very frequent, and a safari experience may not be so good due to the dense vegetation which makes it difficult to see animals. They tend to hide in the shadows and leave only when the sun is low in the sky.

How many days to stay in Johannesburg?

In my opinion, 2 full days are enough to explore the city and get to know its main sights, plus the days of the safari, if you choose to do so.

As we have already mentioned in our article about Cape Town, here are some super useful information to visit the country:

Things to do in Johannesburg

Here are the main things to do in Johannesburg, South Africa.

One of Johannesburg’s main attractions is Mandela Square, an open-air plaza with a statue of Mandela dancing. It’s located in the middle of Sandton City shopping centre: a complex of shops, restaurants, hotels and exhibition centers which is considered the largest mall in Africa.

Soweto (the name comes from South Western Townships) is one of the most famous neighborhoods in the Johannesburg suburb because it was the focus of demonstrations against the racial segregation regime.

Currently Soweto has the third largest hospital in the world, Chris Hani Baragwanath Hospital, and FNB Stadium, the largest stadium in Africa.

It was in this district that Mandela spent many years of his life, so one of the most visited spots is his house, which was turned into a museum and that also tells a bit about the history of Apartheid.

Known as the “Top of Africa“, this 223-meter-high building that has 50 floors is located in the city center and offers a panoramic view of the city.

The upper floor is open to visitors (entrance R30) and is certainly a great option to enjoy the sunset.

If I had to recommend only one place to be visited in Johannesburg, Apartheid Museum would be it. The Apartheid period marked the country’s history and the museum seeks to raise awareness of this historical fact.

The experience starts from the entrance, where each person receives the ticket according to the color of their skin that also indicates which door should be used.

It is where the Constitutional Court is located, the highest judicial court in the country, and the Old Fort Prison, the prison complex that had Nelson Mandela and Mahatma Gandhi as prisoners.

This is the neighborhood where the African Craft Market is located: a market full of shops, great to buy souvenirs from South Africa. There are also options for handicrafts from other countries like Zimbabwe, Namibia and Congo. The market is close to Gautrain’s Rosebank Station.

Kruger, the most famous and most sought after in the country, is located in Hoedspruit region, a 6-hour drive from Johannesburg.

Pilanesberg, which is located in the crater of a volcano, is a little closer, just 220 km from Johannesburg airport (a little more than 2 hours by car). If you don’t have much time, this is a good option for a day trip.

For both of them it is possible to rent a car and drive through the park without a guide, which makes the tour much cheaper. As for the accommodations, there are options for all sorts of budgets and also the possibility of camping or staying in lodges.

I went to Kruger in 2018 with a company called Viva Safari and the tour’s cost was R7500. At that time, I hired the safari for 3 days and 2 nights, but after my experience, I confess that I think it is better to stay for at least 3 nights. The longer you stay, the more chances you have to see your favorite animals.

Honestly, I think it’s better to go on a safari with a guide. That way you can learn a lot more about the animals and have a better chance of seeing them.

If you prefer to rent a car, a tip is to follow a car that has a guide, because this should increase your chances to find the animals.

What not to do in Johannesburg

As important as to indicate what to do in the city, it is to mention what not to do.

As we support sustainable tourism, we recommend not taking selfies with animals and not to visit the Lion & Safari Park and/or the Zoo.

If you want to see the famous wildlife of this part of the world, just go on a safari and practice observation tourism.

If you want to know a little more about this issue, we recommend you to read this article about the best practices in wildlife tourism and to watch the IGTV below where we explain why some attractions should be avoided:

Where to eat in Johannesburg

If you like to go to non-touristy places and enjoy live music and great food, you need to have dinner and watch a concert at The Orbit – Live Music & Bistro. It was there where I had my best memories of the city, which involved a delicious steak, meeting South Africans and watching a concert of a famous local singer called Msaki, for whom I became a fan.

To know more about her, watch the video below:

We also received good references about Urbanologi, a cool restaurant that is inside a brewery and it is very close to the Apartheid Museum. In addition to the beautiful and tasty dishes, the place has a unique environment!

Where to stay in Johannesburg

Johannesburg is a big city with many different neighborhoods. Everything is quite distant and transportation is far from efficient, so it is very important to know where to stay.

A great option is the Sandton neighborhood, which is full of attractions and with many hotel options, besides being one of the stops of Gautrain. Although this is considered a safer area, we do not recommend walking around any region in Johannesburg, especially at night.

In this area, we recommend the Signature Lux hotel, which has a great cost-benefit and it is very well located. And for those who want a more exclusive experience, the options are the Saxon Hotel Villas & Spa and Sandton Sun.

Some trendy hostels that are worth checking out are Once in Joburg which is close to The Orbit, and Curiocity, both located in other neighborhoods.

Hotels near the airport

If you prefer to stay close to the Johannesburg airport, I recommend the Sunrock Guesthouse. The hotel has a great structure: the bar and the restaurant are super stylish, the pool is huge and I was also surprised by the size of the bathroom. They offer a free airport transfer service and there is also the option of having a nice dinner cooked by South African women (at extra charge).

For those who like hostels, another suggestion in this area is Lakeview Backpackers.

Are you ready for your trip to South Africa? 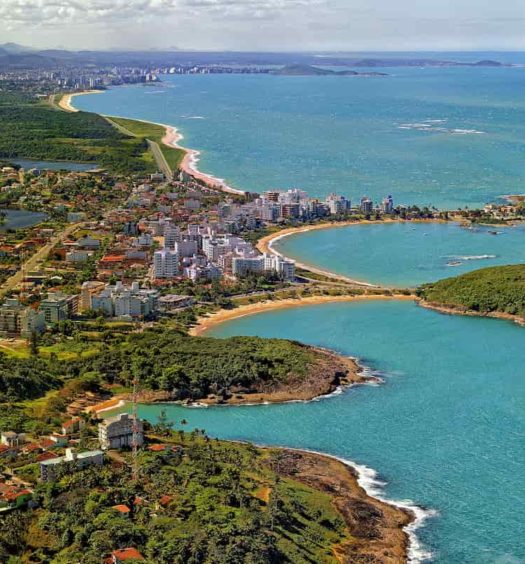 Guarapari – ES: the city with the largest marine biodiversity in Braz...

Read More
Guarapari – ES: the city with the largest marine biodiversity in Brazil 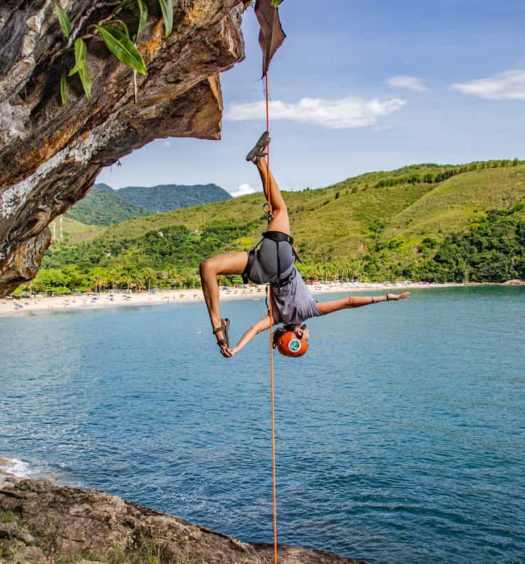 16 amazing things to do in Maresias, Brazil

Read More
16 amazing things to do in Maresias, Brazil
Comments
Submit a Comment 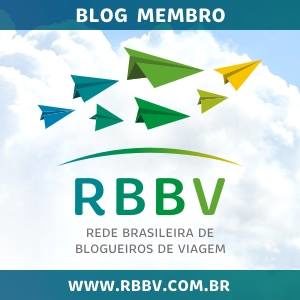